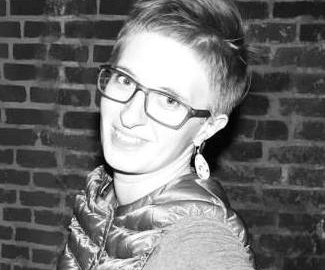 ROOM FOR Festival TSEKH’14 has come to a close, and we are posting some reviews of the project that seem most interesting to us.

Nine phrases and one act

Translated by Yana Lebedikhina. Original text in Russian was published by ROOM FOR on the 22nd of December, 2014.

“A Serious Act” by choreographer Nicole Seiler was introduced as an exploration with dancers trying to “grasp the nature of dance motions leaning exclusively on the descriptions given by audience members” (cited from the performance overview).

All the conditions were created for this exploration to occur.

First, in terms of performance: excellent and famed dancers from St. Petersburg Tatyana Tarabanova and Tatyana Sherban were specifically auditioned to test not only their dance skills but also their ability to react swiftly to changing circumstances and improvise, both bodily and verbally.

Second, in terms of technology: the technician of the performance Vincent Deblue did a great job. One of the dancers was onstage, while the other was transmitted via skype from a dance room “elsewhere” and projected at the back of the stage.

Third, in terms of marketing: interaction in a performance, especially with multimedia aids, professes intent to sell a large number of tickets.

But there’s another important thing to factor in when it comes to any kind of stage work. If you don’t consider it, you risk it all. You put on the line your piece, your idea, your work. Even when you do consider it, you still take a risk. It’s a mighty risky factor, the audience.

By inviting the audience into the fabric of a performance, particularly by making the audience a central factor of a piece, the director resolves to face whatever may come. It’s also about making space for the audience to behave most unpredictably.

Four audience members in succession followed the rules as directly communicated from the stage (“Describe my posture, and the second dancer will be doing it”). The interaction was striking a chord, the confusing of the right and the left leg evoked loads of exhilaration, and the audience was playing up to the fun game.

From the fifth person onwards something went wrong.

– Is there going to be anything else?

– Is it all that’s been planned for today?

– Is there going to be anybody else?

– Thank you for the answer.

– Thank you for your time.

Three people rise from their seats and leave.

There’s so much tension in this small dialogue that it encompasses another performance in its own right. Nine phrases containing black box recordings from a crashed Boeing.

Improvisers know that an unexpected external impulse for improvisation is a moment of power. The first spontaneous response to the impulse supplies fuel to break away from established patterns of behavior, to search for something new and unfamiliar. In this sense I saw the dialogue as such an impulse and the response of the performers as a missed opportunity for exploration.

It might have been missed because an audience member took an unconventional step, refusing to indulge in a fun game and cutting short the support for the piece of work. And as she went beyond the role of an audience member (assigned by the choreographer), she ceased to fit into the framework of the piece.

The framework of this piece was quite rigid. “Verbal descriptions by audience members” were confined to descriptions of postures or metaphoric images. The attempts of other audience members to add variety to this structure (“Can you do something more dynamic”, “Can you just run in a circle”) were gently but pointedly declined. Having collected a few postures and a few images, the dancers proceeded to wrap up what was happening. The turning on of music apparently hinted that the end was soon to come.

Completing the structure of the piece, the dancers patched up a dance out of their improvisational moments. They ought to be given credit for their performing talent, as remembering one’s improvisation and being able to repeat it is no easy task. They accomplished this task smoothly, vividly, and impressively.

However, the evening of jolly improvisation was done with, and as an audience member I had no glimpse of “a serious act to grasp the nature of dance”.